To anyone that knows me, it’s no surprise that I like tattoos. For a while there, I even had my own tattoo gun which I bought on ebay for around 40€… You can imagine the quality of that great machine. 😁 Over the years, I have been tattooed around 50x, so Im no stranger to the experience, and actually quite enjoy the whole ritual of being tatttooed. The sound, the smell and even the pain - is all something I look forward to. 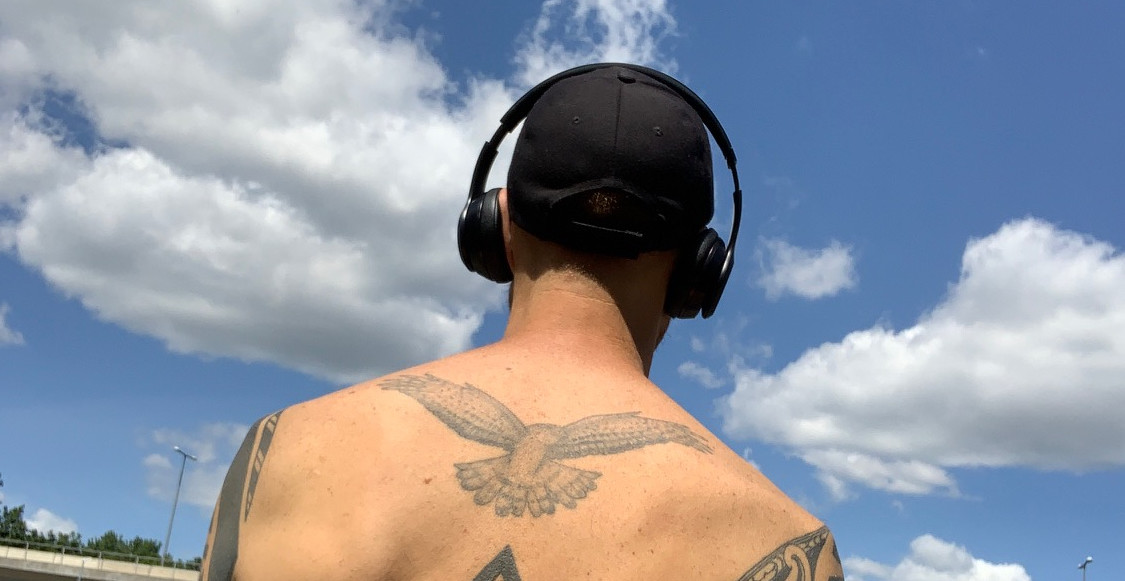 Original Tattoo
So anyway, I had this tattoo of a hawk on my back, which I had done in Canada around 12 years ago. And while I originally liked it at the time, over the years it started to stand out, and not fit in with the overall theme which has developed for all my other tattoos. Black!

So, of course I have wanted to rework it for quite sometime. The thing with me and tattoos, is I don’t like to put too much thought into it, and it needs to be a little spontaneous to be exciting, so I don’t really like to plan it too much. That can be a problem sometimes, and means that I can end up with not so great tattoos, but.. thats ok, Its easy enough to cover bad ones later on, and it’s more about the journey anyway, right?!

I’ve had some money sitting in my wallet now for around 6 months from a gig I did in Dubai back in January. Inspiration struck while out walking one day. Now was the time to get a good cover up of the old hawk, and make it a whole lot more impressive! I did a quick online search for the best tattoo artist’s in Berlin, and came across the website for Valentin Hirsch. Valentin has a nice portfolio of animal designs in black, which I thought would fit pretty well with the other tattoo’s I already have. I emailed him the pic of the old tattoo. He emailed me back a few days later saying he could probably fix it. We set up a meeting, he said “ok I can do it”, I said “yay”, or something like that… The only problem was his next available date was about a month away…. Not super spontaneous, ah well… 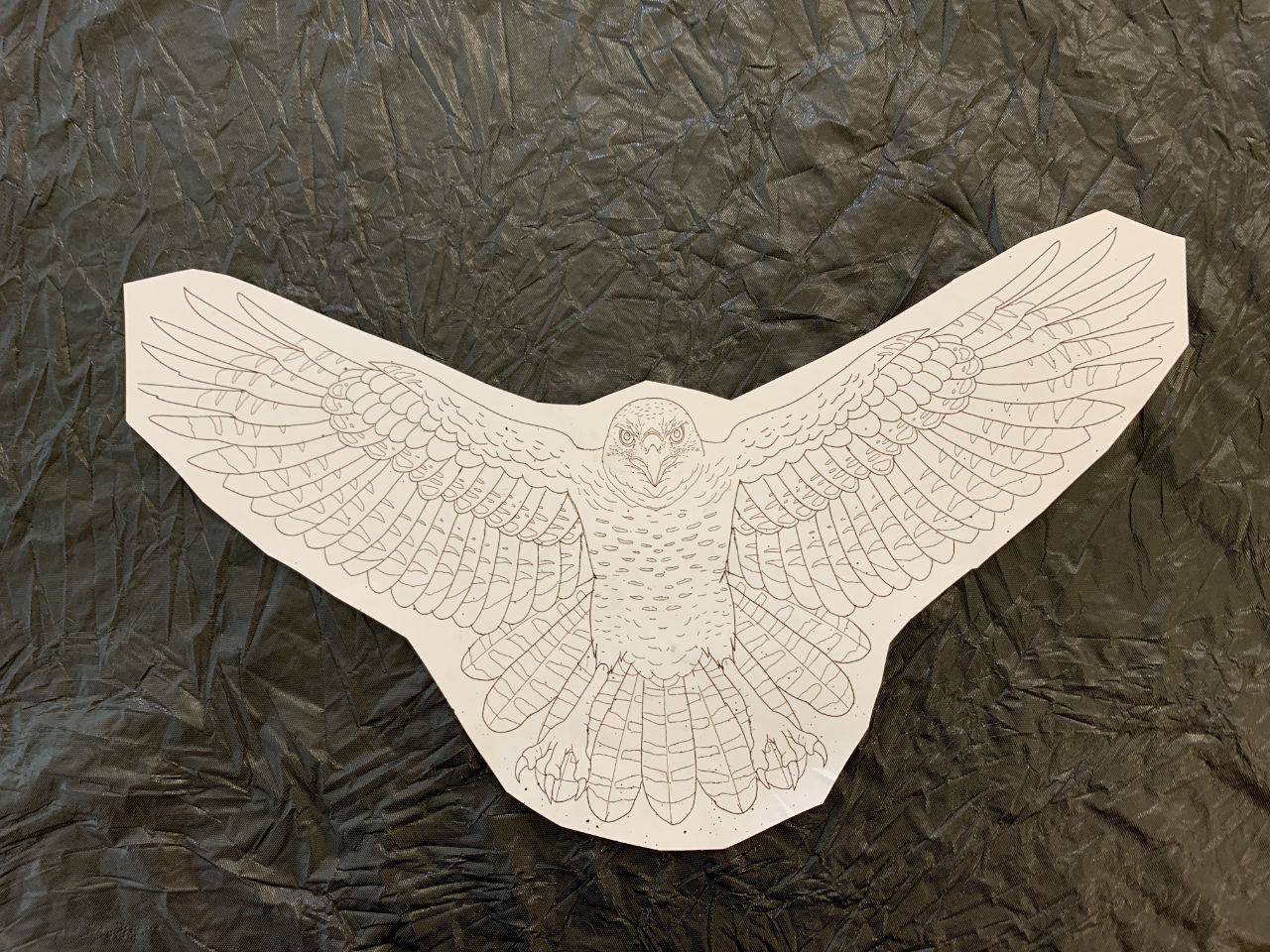 Design outline
Fast forward 6 weeks, and it was tattoo time! now, of course I messed up, and took the sbahn, instead of the ubahn (like my girlfriend told me….) so i was around 15mins late, haha. No matter, Valentin was super chill, and I was the only appointment he had that day anyway. As that’s how he like to work, one tattoo a day. So I turn up, and he shows me the outline of what he wants to draw. It looked great I thought, so we (he) got to work!

After about 4.5hrs, the new tattoo was finished. It wasn’t all that painful to be honest. Valentin used a rotary tattoo gun for a large portion of it, which operated at a much slower frequency. I’ve never come across another artist using one like that, so that was kind of interesting for me And, here it is. I’m super happy with it. It’s very Black! like all my others. Even though I can’t actually see it… without looking in a mirror… Im happy that I now have a consistent theme amongst all my tattoo’s. 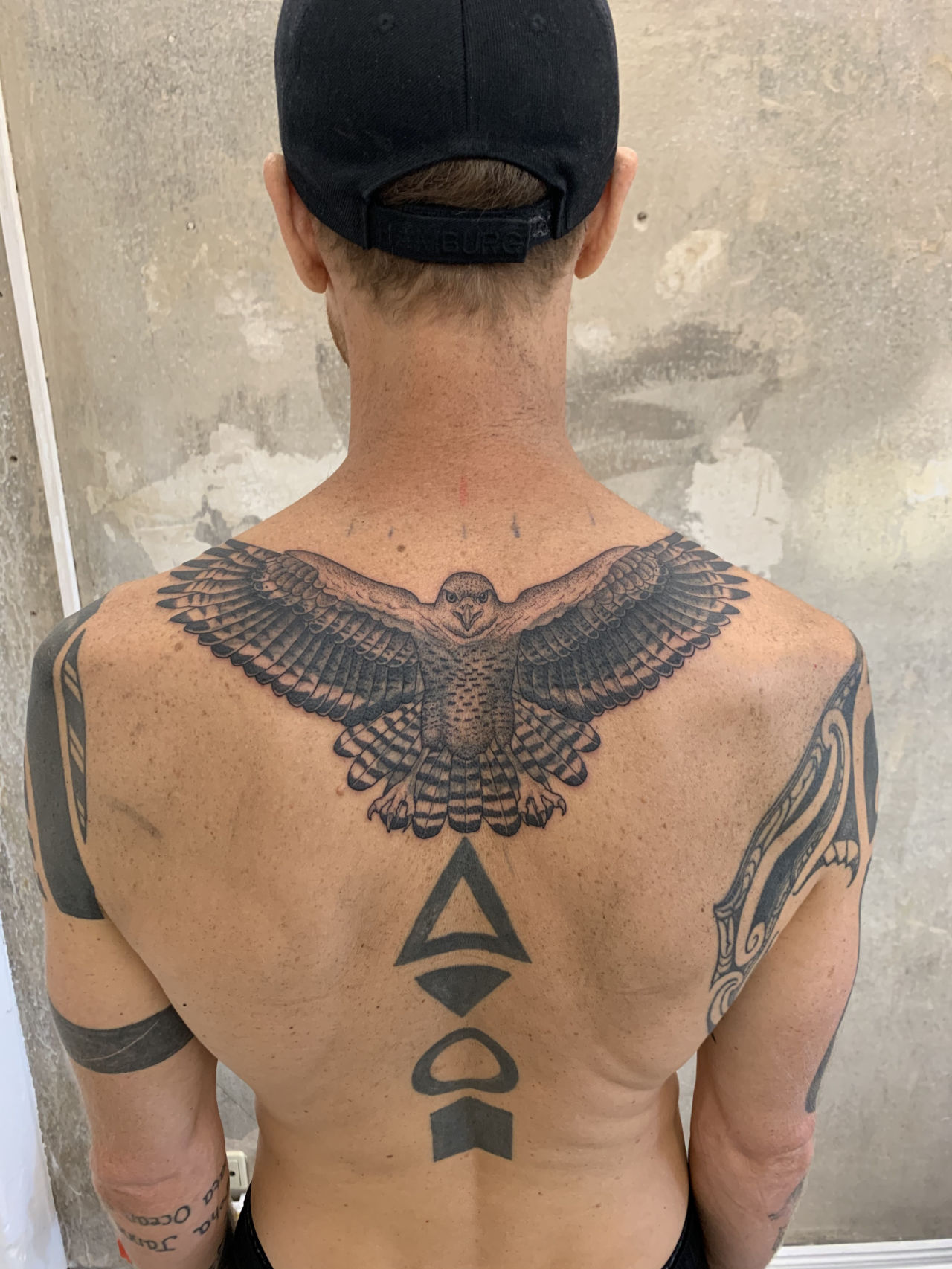 New and much more impressive Hawk