So, SpamAssassin was just recently updated to v3.4.2 after a number of years of no updates. And, as I like new things - of course i would update. But after digging around in Plesk, and then also dropping down to the command line - I discovered it was not going to be a simple update. So of course I jump on DuckDuckGo to look for a solution. this is the thread I found, which was almost exactly what I needed: https://talk.plesk.com/threads/spamassassin-update-from-3-3-1-to-3-4-1.337266/.

Modifying the instruction set for Centos 7

Super easy, all I really needed to do was find a suitable src.rpm, and install a few extra dependencies. So here we go, my updated workflow for getting SpamAssassin running on a Centos 7 Plesk Onyx Server.

After opening an ssh session to my server, the dependencies are installed, and perl is updated:

I found a suitable rpm here: https://rpms.remirepo.net/rpmphp/zoom.php?rpm=spamassassin - then downloaded, and used it to compile for Centos 7.

Now its just a matter of upgrading the current version:

And checking that it is really updated:

Fixing a connection issue with spamd

While everything appeared to be working, when i checked the /var/log/maillog, I saw a number of following errors:

I also ran into an issue with spamassassin crashing, and this was fixed by editing the spamd startup options in the following file /etc/sysconfig/spamassassin to look like this:

This is a breeze. All that’s needed is to hit the restart button for SpamAssassin on the Tools & Settings > Services Management tab. 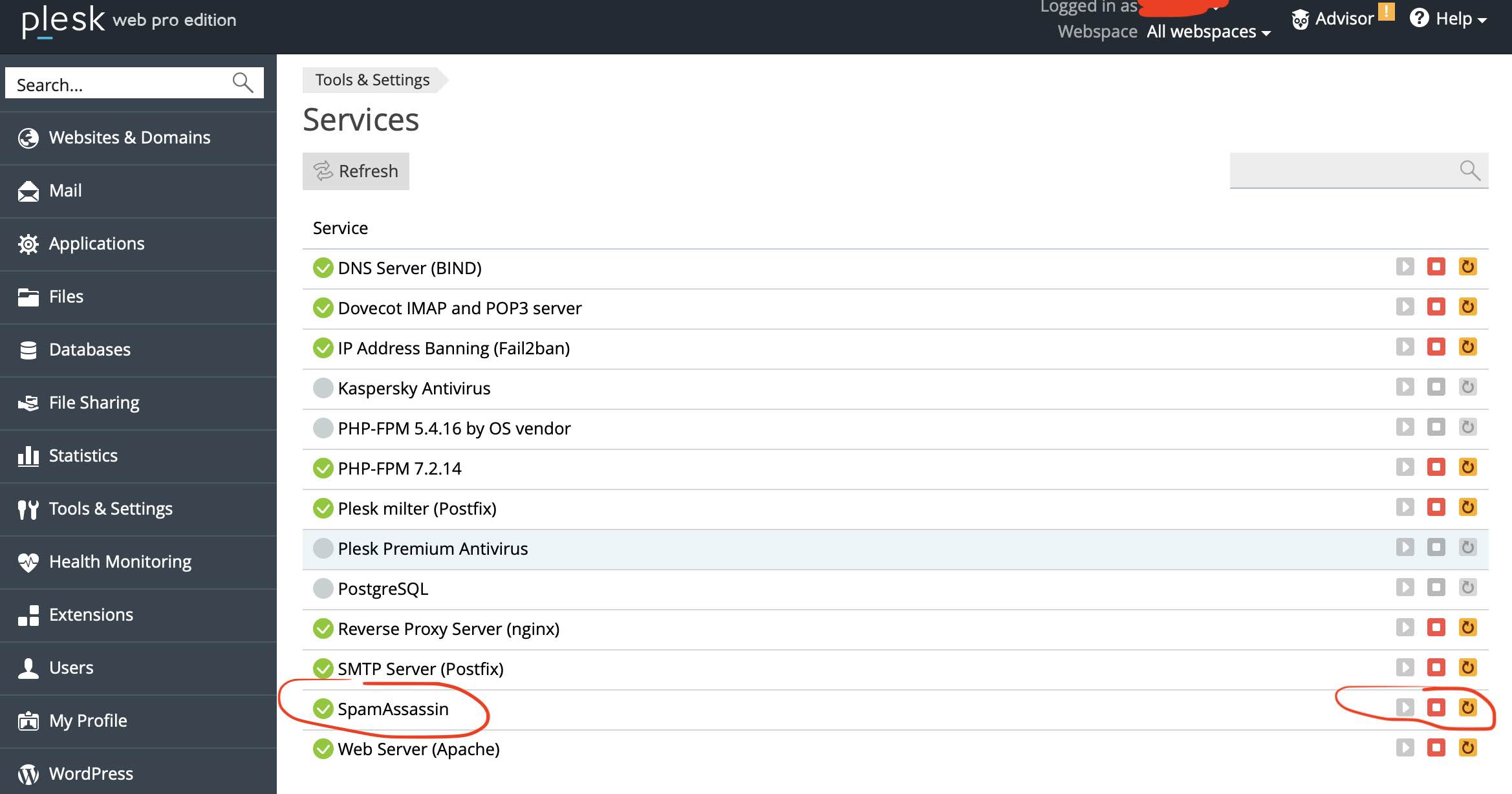 Now theres only one thing left to do, and that is to refresh the version number on the Tools & Settings > Server Components tab. After hitting the refresh button, Plesk shows the updated SpamAssassin version! 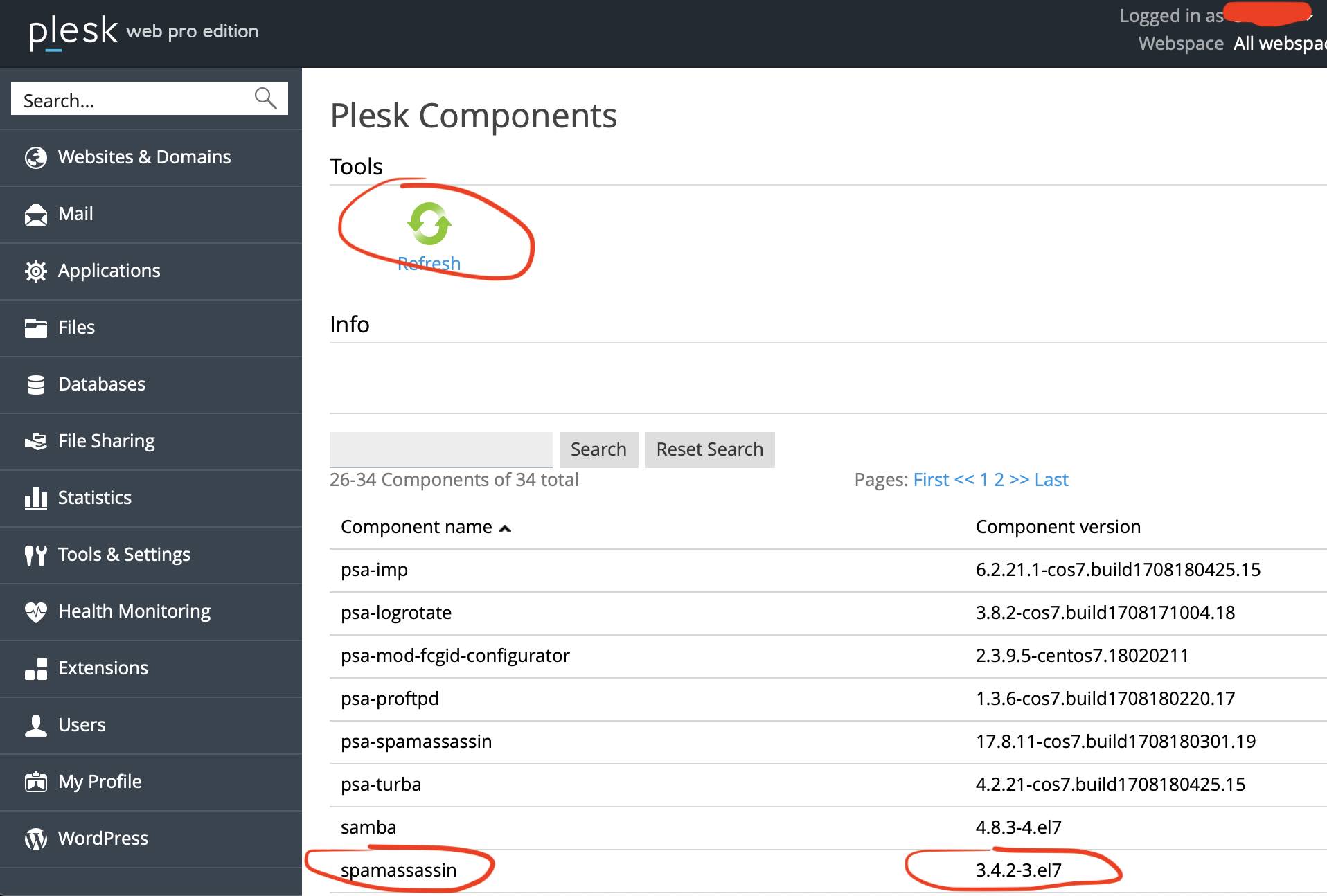 Restarting NodeBB after a crash and at login